The covid-19 pandemic has been the single biggest downturn in the performance of airlines stocks. To stop the spread of the pandemic, authorities brought air travel to a virtual halt in the first half of 2020, and airline revenue streams were gutted. This slump persisted longer than anyone could imagine. The year marked more than 43 commercial airline bankruptcies by October, while many looked to governments for financial help. Measured in RPKs (revenue passenger kilometres), which is the number of commercial passengers carried times the distance travelled, 2020 air traffic was less than a third of 2019. For the airlines in the US that survived, there is considerable optimism against the backdrop of vaccine rollouts and the approval of the Government’s massive stimulus packages. The market has been feeding on that optimism, and recovery trades have caused the US Global Jets ETF (JETS) to rebound nearly 60% of its value since the market stopped its nosedive in March. Is this optimism reflective of a much brighter 2021 for the airline industry?

Is it Flying Blind?

The US airline industry has experienced a dramatic reduction in flying volumes before. The recovery periods in the aftermath of the 2008 financial crisis and the September 11 attacks combined was nearly a decade. The aftermath of 9/11 saw demand in the US fall by 30%. This seemed jaw-dropping at the time, until the covid-19 restrictions resulted in global demand plummeting 90%.

Director General Alexandre de Juniac, CEO of the International Air Transport Association, recently warned, “We have never shuttered the industry on this scale before; Consequently, we have no experience in starting it up.” So, are the major airlines of the world currently flying blind? 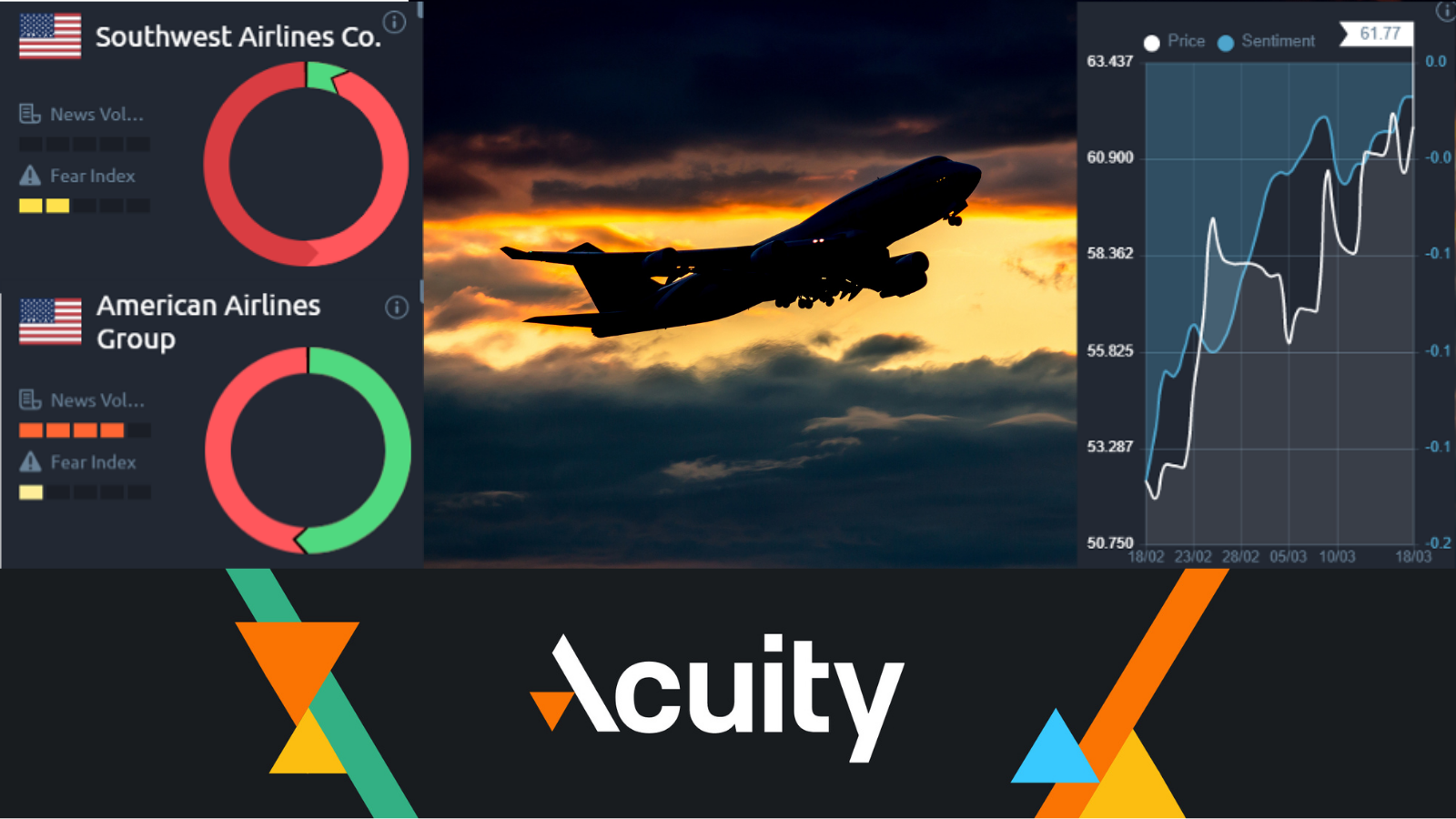 IATA research shows that it takes 5 years on average for the industry to recover from a shock. Vaccine rollouts and government loans gave the industry cause for optimism in the back half of 2020. However, the subsequent emergence of multiple strains of the virus means that most countries are keeping their borders closed.

The rise in covid-19 virus strains and restrictions has the six largest US airlines primed to lose $38 billion by the end of 2021. The slowdown in recovery has prolonged airline cash burn rates globally. IATA recently doubled its earlier estimate of cash burn to $95 billion in 2021.

Airlines for America estimates that passenger numbers are unlikely to recover to the 2019 levels until 2023.

Remember that the leading airline companies are enormous and have the wherewithal to tide through the worst storms. The sharp dip in revenues led to airlines restructuring their companies to be leaner.  At the end of 2020, 30% of the world fleet was inactive and mothballed. Airlines responded by retiring ageing classic aircrafts. In fact, PwC estimates that 20% of the previously active fleet will never fly again. Airline companies also revamped their management teams.

Investor enthusiasm for recovery allowed US airlines to shore up their balance sheet with new equity issues and debt issues. Cash balances of various airlines have also significantly benefited from government support, through both loans and especially their Payroll Support Program (PSP). Of the big four US air carriers, 43% of cash and short-term investments comprised of PSP receipts. The PSP payment has allowed airlines to keep staff employed on key routes, allowing a faster response when demand does pick up.

Airline companies are also prioritizing routes that tourists prefer, although business travel had earlier comprised 55%-75% of passenger revenues, according to McKinsey. The reason airlines are targeting tourists is because business travel is typically more volatile and takes longer to recover. For instance, American Airlines has new routes to Africa and Asia to service the highly immigrant population of their hub cities. Similarly, Southwest Airlines is moving into territories like Chicago and Houston.

Still Aiming for the Skies

Most revenue lost was from international long-haul flights subject to pandemic restrictions.  Companies such as Southwest Airlines, which cater to leisure, have a limited international route exposure as well as a low-cost structure. Due to these factors, the company could perform well as the economy gradually recovers. Any recovery will first come through the leisure travel segment, priming Southwest Airlines to collect profits. Southwest Airlines currently enjoys a higher margin than American Airlines, the largest airline globally. Southwest Airlines also ended 2020 with a significant cash buffer of $14.3 billion.

Meanwhile, Delta Air Lines has leaned into a health-focused message by appointing a Chief Health Officer and extending the ban of middle-seat seating. CEO Ed Bastian expects a return to profits by Q4 2022 due to pent up demand. It too had built a cash buffer of $16.7 billion as of December.

However, some companies have exited this pandemic with high levels of debt on their balance sheets. An example of this is American Airlines. The company has worked hard to reduce its persistent cash burn by shedding much of its international capacity, while also following cost-saving measures. While this company is likely to experience a more challenging 2021 than its competitors, its domestic business has done better than rivals and can be key to generating profits.

The sizeable cash buffers these airlines have built up and their capability to control cash burn are encouraging signs for 2021. It is unlikely that there will be any need of immediate financial assistance, in addition to what the government already provides. The next step for these companies is to estimate and time the recovery in demand. The industry does take a while to respond to a rise in demand, given the structure to deploy aircraft at signs of recovery. Spotting recovering and timing deployment correctly could be fundamental in securing recovery volumes as much as possible.

In the decade to the pandemic, America’s biggest airlines used 96% of their free cash flows for share buybacks. Given the newfound respect for cash flows, we believe airline companies will plough back these funds, rather than disbursing through share buybacks going forward.

Overall, there is likely to be an industry recovery during the year. Sentiment for the leading airlines remains balanced, given the downturn in the industry and the imminent economic recovery. This can be seen from Acuity’s Trading Dashboard. 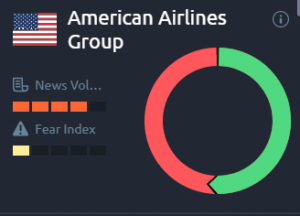 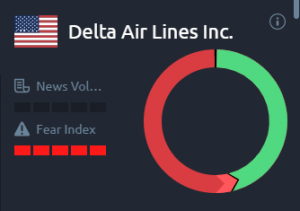 The sentiment for Southwest Airlines is overly negative, however. This may be due to the sharp rise in its share price through March, which makes the stock now look rather expensive. 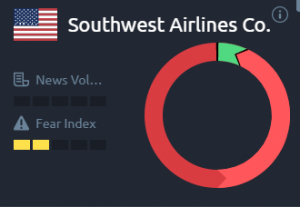 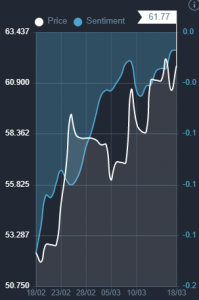