What China’s Power Crisis Means for the Global Economy

Concerned about the skyrocketing oil prices? That is just a blip compared to China’s energy crisis. To understand how grave the Sino-situation is, even the government-run Global Times, stated in October that there were “some gaps that may have caused the collapse of the (northeast) power grid, which added to the regional power shortage.”

This comes at a time when energy demand is expected to spike, now that economies are recovering and winter is upon us. While coal reserves in China have been depleting, renewable sources have been producing less power than expected. The situation was further exacerbated by the Chinese government’s measures to reduce dependence on fossil fuels, in a bid to meet the target of cutting carbon emissions by 65% by 2030.

In September, regional government officials were informed that they would be held responsible if their province failed to meet the carbon reduction targets. China’s National Development and Reform Commission had reported that 20 provinces had not met their carbon reduction goals for 2021, including Guangdong and Jiangsu, which contribute over a third of the nation’s GDP.

While electricity demand soars in China, coal production has been slower than expected and energy prices have more than doubled in 2021. If electricity prices were to continue rising in China, we would feel inflationary pressure across the global economy.

To deal with the situation, 20 of the nation’s 31 provinces have resorted to rationing electricity. The direct impact of this is being felt by the aluminium, cement, steel, and fertilizer industries. Chinese power suppliers have asked heavy users of electricity to reduce consumption during the daytime hours. On the other hand, the North-Eastern industrial hubs have been asked to shutter factories every few days.

The ripple effect of this may be felt in almost every sector, from cardboard box producers to ecommerce giants and from sheep farmers in Australia to automobile manufacturers in the US and Europe.

Citigroup’s vulnerability index shows that exporters to China, especially those that supply inputs for the country’s manufacturing sector, are especially at risk due to the weakening Chinese recovery. Major trading partners, including Germany and Australia, are particularly concerned about a slowdown.

In mid-October, both Nomura and Goldman Sachs reduced their economic growth predictions for China. In fact, Goldman Sachs warned that the country could be looking at a 0.2% contraction in Q4 2021. If this forecast plays out, global economic recovery from the pandemic-led slowdown could also be at risk.

Many reports project the worsening of semiconductor shortages and supply chain woes. However, even the gravest of situations come with some silver lining. Take the pandemic for instance. We saw great advancements in cloud, ecommerce, and communication technologies. We also saw stocks and commodities hitting record highs. So, what’s the silver lining here.

With the rising demand for energy grabbing headlines, the focus on power stocks is likely to remain, at least through the winter months. The sentiment for these stocks across the globe remains positive, as can be seen in the Acuity Trading Dashboard. 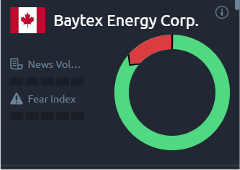 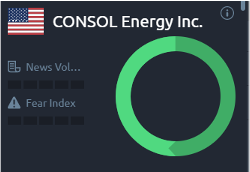 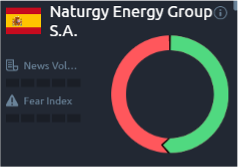 There’s also been some positive momentum in cooperation between the two largest economies in the world. After being at loggerheads over trade, technology, and human rights, US and China may cooperate to transition to green technologies to address the climate crisis. Although China has temporarily increased coal production, the Chinese government has expressed its commitment to speed up green solutions to meet rising energy demand.

This bodes well for companies focusing on green technologies. The sentiment for these stocks is also positive, as per the Acuity Trading Dashboard. 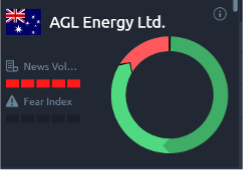 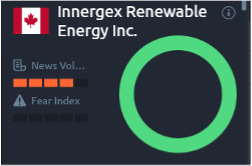 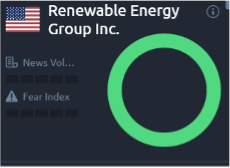 Companies supplying components to energy producers could continue to benefit, lending upside to their stocks. However, be it coal, natural gas, or renewable energy production, the bigger players could remain the beneficiaries of the energy crisis.

Leading aluminium makers are also poised to benefit. Some of the biggest names in the sector, like US-based Alcoa and the Norwegian Norsk Hydro, recently reported their quarterly results well ahead of Street expectations, benefiting from elevated metal and alumina prices. Steel and some other metals have been performing well. Moreover, several analysts, including Pinakin Parekh of JPMorgan, believe commodities are in a super cycle.

Also, let’s not forget that all these uncertainties support demand for cryptos. The market cap leaders, Bitcoin and Ethereum, have already delivered a steep rise of around 95% and 458% year to date, the sentiment for smaller coins is positive. 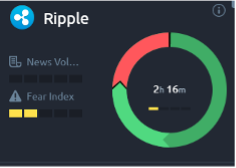 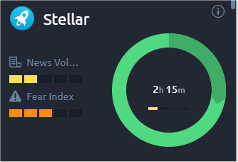 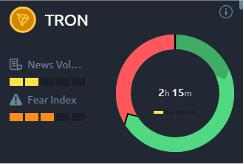 The world was looking at China to lead the global economy out of the pandemic-led recession. Meanwhile, China has been facing a resurgence of covid-19 cases, devastating floods, rising commodity prices and acute energy shortages. But let’s not forget, this is China we’re talking about. The Chinese government has more weapons in their arsenal. For starters, they still have leeway to cut interest rates, something that the People’s Bank of China has not done since early 2020.  The government is still in a position to take aggressive measures to stimulate growth should it need.