On September 26, 2008, Warren Buffet bought 225 million shares of a then little-known Chinese alternative-energy manufacturer called BYD. The shares purchased for HK$8 now trade at around H$190. Much of this upside comes from the ascendancy of BYD and the larger sector. The company has grown to be the largest electronic vehicle (EV) maker globally, surpassed only by Tesla in 2019. Tesla has since begun to compete with BYD directly in China with the opening of a Giga Factory in Shanghai. Going into the 2020s, China is shaping up to be the battleground for EVs, currently accounting for about 50% of global EV deliveries.

Recent performance
BYD and its fellow manufacturers have had a tumultuous 2020, to say the least. Sales plummeted with the pandemic-induced economic contraction. However, there are strong signals of a quick recovery, along with the Chinese economy at large. The market sentiment is overwhelmingly positive too, as can be seen from the Acuity Trading Dashboard. 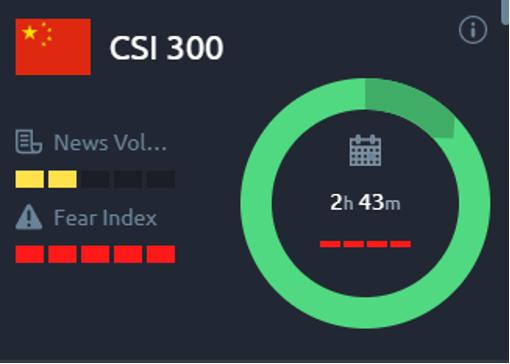 BYD, which focuses on the small and midsize segment, came out of a 10-month downward streak in year-on-year sales in July. Luxury purchases recovered too, helping the six-year-old start-up NIO set a monthly sales record by June.

The market has seen this recovery as a sign that Chinese EVs are truly on the road to maturity. Despite earnings slumps, stocks have priced in the potential of EVs to go shoulder-to-shoulder with the best internal combustion vehicles. It is only a matter of time. For example, NIO has recently overtaken automobile mainstays like GM, BMW, and Honda in terms of market capitalisation, despite accounting only for a fraction of the output. While a large portion of this valuation represents the trend of EV makers as a whole, the Chinese environment offers unique opportunities for growth and support, adding to the perceived resilience of these companies.

China has been fostering EVs since its early stages. A robust EV market would address the pressing issues of oil import reliance and deteriorating air quality. Chinese policymakers also saw a strong EV domestic market as a future source of soft power, much as Europe and the US have benefited from being hubs of internal combustion vehicle production.

A reliable, smooth, and high-quality supply chain is extremely important in automobile manufacturing, and China’s policy reflected this. Chinese subsidies since 2009 have spawned a wide range of EV manufacturers, OEMs, and other affiliated entities. Initial municipal subsidies were protectionist and prompted EV brands to target local issues rather than national ones, leading to focussed corporate strategy. These subsidies have eventually been rolled back, as the industry matured, in favour of a free market approach.

Affiliated industries have also grown strong. Of the 142 lithium-ion battery Giga factories being constructed worldwide, 107 are in China (the US has 9). China has secured the minerals required for battery production for the next 5 years. Chinese battery companies CATL and BYD have a global market share of 33%. Battery research has also been handed a significant boost with incentives targeted at long-range vehicles. A healthier battery supply chain has led to declining costs, causing analysts from Goldman Sachs and other investment banks to raise their price targets for NIO and LiAuto.

The subsidies began in 2009 with programs for purchasing electric buses and public transport vehicles (like taxis) and were extended to private passenger vehicles only in 2010. The diversification of these incentives has led to a wide range of products. Around 18% of the Chinese total bus fleet was electric powered by 2018. The diversification, across the public and private sectors, provides companies with an organic hedge against sector-specific swings – for example, from lower household demand in a pandemic.

China took advantage of high sales growth to roll back consumer subsidies significantly. In its place, the government implemented a Dual Credit policy modelled after California’s ZEV. The policy sets targets for EV production and fuel efficiency for car manufacturers, for which they earn credits. While this promotes traditional manufacturers to increase their EV offerings, it gives EV manufacturers an alternative revenue source. Traditional manufacturers can buy credits from EV makers to offset their sales of polluting vehicles. Under California’s ZEV program, Tesla earned nearly $2 billion (between 2010-2019) by selling credits to companies like GM.

Unlike subsidies, this program is also open to foreign car manufacturers as well, prompting the influx of EV manufacturers like Tesla and EV hopefuls like Volkswagen. Market sentiment is positive for automakers with EV investments, as can be seen in the Acuity Trading Dashboard. 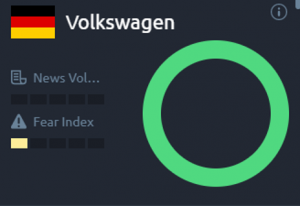 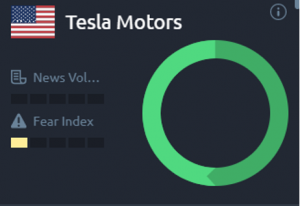 Policymakers believe that the domestic industry is mature enough to compete. Domestic manufacturers have the advantage of having cars built for Chinese preferences – many produce lower-cost models for city travel. The competition will serve to increase the resilience of domestic manufacturers as they adapt to foreign technology and operational tactics from their backyard.

A Stake in the Future

China has taken a monumental step in staking a claim to being a vehicle manufacturing powerhouse for the future by incubating its domestic EV industry until it has matured enough to compete with foreign competition. The domestic scope is still enormous with low vehicle penetration and consumers starting to prefer EVs. The next step would be to compete internationally, starting from the Southeast Asian markets. While there are delisting concerns that could affect funding, automakers such as NIO have reaffirmed their belief that they are compliant with audit regulation. Government expenditure has recently been directed at exponentially scaling up charging infrastructure, reducing range concerns. EV makers expect earnings to accelerate over the upcoming years, and as it stands, the companies have a pathway designed to do just that. The Oracle of Omaha has likely struck gold again.

How Silver Escaped the Short Squeeze

We’re Growing Could You Be Our New Account Manager?

How Silver Escaped the Short Squeeze

We’re Growing Could You Be Our New Account Manager?