In 2020, the Ant Group was on the verge of making history. Its planned IPO to raise $37 billion in a dual listing in Hong Kong and Shanghai markets was gearing up for the largest tech IPO ever, putting the firm on track for a post-IPO valuation of $300 billion. The fintech services firm, an affiliate and spin-off of Jack Ma's Alibaba Group, could boast of a user base of over a billion users and the largest money market fund in the world.

But Chinese regulators had other plans. Ant’s Shanghai listing was oversubscribed 87 times, but not one of these applications would be executed. By the beginning of November 2020, the Chinese regulators that Jack Ma had publicly criticised for stifling innovation with their risk aversion, not only guillotined the world’s largest tech IPO, but also slapped Alibaba with an antitrust case. What followed was a strict re-examination and rewriting of regulations by the Chinese government that has so far wiped out over $1.5 trillion in value from technology stocks.

Was There a Path to a Different Outcome?

What if Jack Ma had not stirred up the hornet’s nest? We would still be writing this article today, because the Chinese government’s reductionist intention (breaking down monopolies) was already causing investor concern. Tech companies had already started using their treasure troves of user data to expand their offerings. Tencent’s WeChat, for example, has broadened its functions from being a messaging app to offering social media, ordering good and services from various stores, paying bills, and transferring money. In many ways, Chinese tech giants have developed a much larger service offering than the Silicon Valley behemoths they set out to emulate. And were primed to come under scrutiny.

Remember that the antitrust sentiment is not limited to China. Political pressure in the US has been leaning towards breaking up monopolies. Facebook and Google have borne the brunt. On the other hand, investors in Facebook and Alphabet aren’t too worried. The stocks of these giants have spiked 101.88% and 78.57%, respectively, since the beginning of 2020. So, why should investors worry about Chinese tech giants? 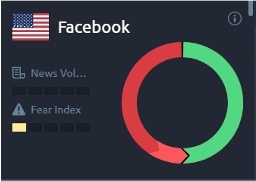 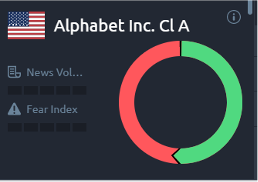 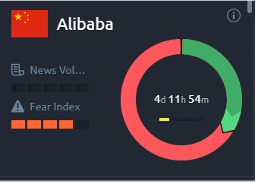 Governments, whether in the US or China, are understandably concerned about the data being collected by tech giants giving them great bargaining power over suppliers and consumers and the ability to thwart or acquire competition. For China, this isn’t just about protecting its citizens and smaller domestic businesses. Antitrust gives the Communist Party of China (CPC) a tool to repress voices that threaten its power. Reining in the power of the tech giants is essential for the CPC to design the economy for its vision of capital allocation. The CPC has identified areas such as quantum computing, semiconductors and satellite as having core strategic value. Despite the sectors offering attractive margins for investors, Beijing does not consider ecommerce and fintech as “core”. Some investors are looking to align their portfolios with stocks of companies operating in the segments being promoted by the Chinese government, like Semiconductor Manufacturing International Corp (SMIC), Huahong Semiconductor, China Aerospace International Holdings, China Satellite Communications and China Petroleum & Chemical Corp. 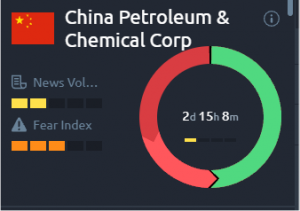 The Chinese government also came down heavily on the Variable Interest Entity (VIE) structure, which allows a Chinese company that operates in a sector restricted to foreign investment to raise money in the US and Hong Kong. This much-favoured structure typically has a holding company registered in a tax haven and the link to the Chinese company is established through a series of contracts that gives the holding company control over and profits of the Chinese operation. The VIE structure was able to sidestep foreign share ownership restrictions and allow Chinese unicorns access to the venture capital funds they require to grow. In November 2020, the CPC mandated regulatory approval for VIE mergers and acquisitions.

The CPC is also skittish about foreign entities having access to sensitive data. Chinese cybersecurity officials asked ride-sharing app Didi to delay its IPO in the US. Didi, however, went ahead with its offering, the second largest in US history for a Chinese firm, raising over $4 billion, valuing the company at $87 billion at its peak. Days later, the miffed Cyberspace Administration of China placed regulations preventing the app from registering new members and ordered a security review. It was later removed from app stores. A month after its US IPO, around $38 billion had been shaved off its peak value.

Having said that, regulation alone should not get investors spooked. While investments in Chinese tech companies may not yield as much as when they were unfettered monopolies, stock prices have corrected since last year and already seem to reflect the government’s moves. Investors should keep in mind that the CPC is not to be trifled with and must factor in the size of political risk in their portfolios. Added caution, higher diversification and staying abreast of the Chinese government’s economic objectives can be the way forward for investors, rather than an exodus from Chinese tech companies.

What the ECB Rate Hike Could Mean for the Markets

China Still on the Road to Fast Track Recovery in H2

Will Cryptocurrencies Thrive During a Recession?

What the ECB Rate Hike Could Mean for the Markets

China Still on the Road to Fast Track Recovery in H2

Will Cryptocurrencies Thrive During a Recession?