The Great Inflation is the most important macroeconomic story in the second half of the 20th century in the United States. Coming into 1965, Consumer Price Inflation (CPI) was at an agreeable 1.59%. This comfortable situation changed by 1980, when it peaked to 13.55%. The Ford administration declared inflation ‘public enemy number one’, and the process of having created it and fighting it took a meaningful toll on the US and the world economy. The US took all of two decades to tame the inflation monster, and it accelerated the collapse of the Bretton Woods system, triggered the Savings and Loan crisis, caused unemployment to spike, led to two crippling energy shortages, created a rare bear stock market, and took the US economy into four economic recessions.

The US economy is now clawing its way out of a recession. The IMF projects 5.1% growth for 2021. That’s all very well, except that much of this recovery is being led by unprecedented fiscal and monetary support, targeted at increasing economic output and reigniting a dormant service sector. Through its Average Inflation Targeting Framework, the Federal Reserve has targeted an average inflation level of 2% up to 2022. However, the clear and present danger is the record level of money supply boosting consumer spending and taking price levels higher. The resultant inflation is feared to spike beyond the 2% target, causing a runaway effect and a return to the Great Inflation. So, are these fears justified – is double-digit inflation looming large again?

What Does Inflation Do?

Inflation has a bad reputation that is culturally entrenched. Much of this is primarily due to the role it played in the 1970s. However, inflation is not always bad. It is often a natural result of a growing economy. Due to economic prosperity, demand can rise in excess of what the economy can produce at full employment, which leads to an increase in prices. This phenomenon is widely referred to as demand-pull inflation, as it temporarily causes the economy to create more output than it would have at full employment.

Demand-pull inflation has a nefarious twin – cost-pull inflation. This is when rising costs of material and/or labour causes supply to shrink. Economic output contracts, while demand remains high. Supply shortages cause price levels to rise. In the 1970s, these supply shortages were caused by high employment and a labour force demanding higher wages. Since cost-push inflation can cause output to contract lower than full employment, it can damage the economy and trigger a recession.

No doubt, inflation will return in 2021. Large sections of America’s sizeable service sector are reopening with massive stimulus payments and the rollout of covid-19 vaccines allowing Americans to return to restaurants, entertainment events, and travel. As the economy springs back to life, demand will rise further with a return to business spending. In addition to rising Treasury yields, commodity prices have been rising, indicating both an increase in demand and inflationary hedging. In early March, Fed Chairman Powell’s comments added fuel to market concerns of a potential increase in inflation, pushing yields higher. But will inflation go to the 70s levels?

Let’s say stimulus activity performs better than it says on the package and manages to reduce unemployment below the 5% mark. This will put an upward pressure on wages, much like what happened in the 70s. The resultant increase in production cost will constrain aggregate supply. During the pandemic, banks have taken advantage of low-interest rates to rapidly expand their balance sheets. As these liabilities come due, banks may draw on their Fed deposits to cover the outflow, increasing monetary supply and inflation.

To control inflation, the Fed would need to lower interest rates. However, its benchmark rates are already at all-time lows, threatening to go into negative territory. With inflationary pressures and the central bank’s hands tied, there is fear of inflation rising past the Feds target. For the markets, this would mean a loss of the Fed’s credibility to stick to the targets it has committed to, which in turn would trigger more inflationary trades, such as buying commodities. And this takes cost-push inflation even higher. A vicious cycle that may result in runaway inflation.

What Would Inflation Do to Asset Prices?

Inflation increases the price of commodities, such as oil and precious metals. In fact, these assets have traditionally been considered inflation hedges. Equity and indices usually come under pressure, as risk-free Treasury yields rise. The pressure, along with prospects of an economic recovery, could cause significant volatility in the stock market. While the US dollar will be battered by a rise in inflation, the asset class that was missing in the 70s saga – cryptocurrencies – may enjoy increased interest from traders and investors.

So, why does the Acuity Trading Dashboard show negative sentiment for commodities like oil and precious metals? 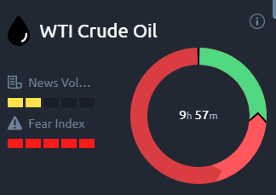 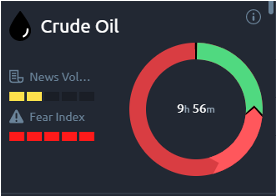 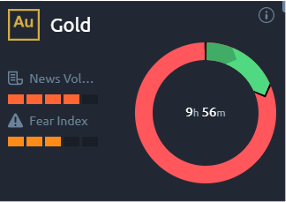 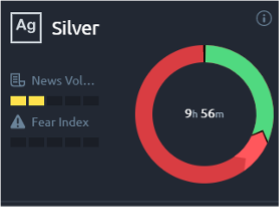 Many traders and experts feel tempted to make the Great Inflation analogy, especially amid the pandemic-induced uncertainty and a sizeable amount of money being injected into the economy. But we don’t believe this is a plausible parallel.

There are a few key differences compared to the 70s. For one, many service sector companies are technology-based or tech-reliant. Technology and operational innovation have replaced human capital. This clips the wings of cost-push inflation. Firstly, it is much harder to reduce unemployment through stimulus than it used to be. Today, stimulus encourages technology focused industries too. These are capital intensive, and stimulus incentivises boost R&D investment. Thus, wage-based inflationary pressures are less likely now. 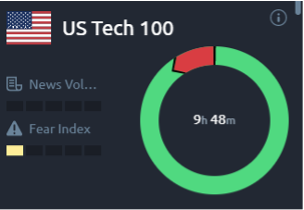 Further globalisation has opened the markets to stiffer competition than we had in the 70s. Technological advancements have made competition even more pervasive. Businesses have little room to raise prices. So the increase in production cost simply means slimmer margins rather than higher consumer prices.

We can safely assume that the Fed has learned something from the 1970s, when it prioritised full employment over price stability, leading to the Great Inflation. The Fed is highly unlikely to repeat this mistake and take a much more balanced approach.

Inflation does seem on its way to recover. But that’s only to the pre-pandemic levels. In the meantime, we may see some asset trades on fears of a higher rate. However, macroeconomic conditions will eventually align with the actions of policymakers, who are likely to keep inflation on an organic structural leash.