Hydraulic Fracturing (Fracking) has been thrust to the forefront of US policy debate once more. On January 27, the Biden Administration launched a salvo of executive orders to combat climate change. Among these was a 60-day moratorium on new oil and gas drilling leases on federal lands and water, which covers fracking activity on those lands.

In 2006, the US imported 60% of its oil consumption. The record low interest rates from the 2008 financial crisis allowed American Exploration & Production companies (E&Ps) to flip this threatening dependency on its head. Easy capital terms allowed large scale investment in fracking for oil and natural gas, propelling the US to become the largest producer of these commodities. Just to give you an idea of what we’re talking about, the resultant decline in prices saved American customers an estimated $1 trillion in the decade to 2019.

That was something to cheer for the economy, but not so much for the planet. The fracking industry poses severe environmental threats. Fracking has lead to earthquakes, toxic gas emissions and airborne radioactivity. There is also heavy scrutiny on the impact on local water resources, although this impact has been found to be rather limited when E&Ps adhere to existing regulations.

Joe Biden’s campaign ran on a platform of achieving net zero emissions by 2050. On the face of it, his new policy can be thought of as the first step in an attempt to gut the fracking industry. But how secure are E&Ps from the new administration’s greener approach? The answer is a factor of both the political ability and will.

The new administration’s ability to curtail fracking depends on the route they wish to take. The moratorium is by way of executive order, and the administration may choose to use that method to extend the freeze. The moratorium has frozen new fracking. The effect of this on large E&Ps is likely to be minimal. Why? The policy move has been highly telegraphed and anticipated, giving the opportunity to E&Ps to fast track lease approvals, and pile up inventory. Production can easily be maintained at current levels over the next two years.

The moratorium may have a positive effect on larger E&P and the fracking market overall. Restriction on fracking on federal lands will help shake off less profitable smaller E&Ps and the industry is likely to see consolidation. On the other hand, the market’s current oversupply could run into 2021, according to Rsytag Energy analysts, who estimate industry recovery to pre-pandemic levels to take up to 2025. A restriction on fracking is likely to help this recovery by reducing the oversupply and increasing prices in the near term.

Also, a majority of fracking activity happens on private and state lands, which this moratorium is not designed to curb. Restricting this segment will require legislation that is unlikely to pass a Congress filled with members elected from oil dependant constituencies.

Executive orders are also easily reversible. If the Biden team harms E&P interests, E&Ps can also stake their considerable political clout on a new administration in 2025.

Will: Slippery on Oil?

There is a hangover from the Presidential campaign that necessitates painting Biden with a progressive brush. Since taking office, the new President has come under scrutiny for both governmental overreach with a fracking “ban” (from the conservatives), as well as not banning fracking despite the environmental harm (from the progressives).

As usual, the truth lies somewhere in between. The stance has been incredibly centrist, with the President vehemently denying “accusations” of being in favour of a fracking ban, while sticking to the agenda of reducing emission to a net zero by 2050.

Policy is more likely to be shaped towards pushing “green energy” sources forward, rather than holding back E&Ps. Also, keep in mind that Biden is not an activist President, rather a career politician. His policymakers are more likely to favour a smoother transition in steps that can be achieved in the current political context, rather than sweeping reform bills that won’t pass Congress. The momentum towards sustainability has already been pushed on E&Ps from financial markets. Daragh McDowell, head of EU and Central Asia at Verisk Maplecroft, notes that investors have become more focused on environmental, social and corporate governance factors. Biden might approach regulation as a way to codify these material factors that E&Ps are already adjusting to.

The Biden administration will also not want to suppress natural gas fracking, a scaling back of America’s use of “dirtier” fossil fuels like coal and oil. Utility companies estimate that natural gas is likely to form the core of the electrical grid in the near future. Regulation and government spending may instead be focused on a move away from oil, and collecting the considerable amounts of natural gas flared off as waste.

An additional political point – a fracking ban would result in lost jobs and rising power costs, which will cripple a reelection bid in 2025.

Where Do We Go From Here?

Biden’s fracking policy is likely to be one focusing on new leasing of federal lands rather than a blanket ban on fracking. There is little threat to larger E&Ps, at least in the short run. Smaller, less profitable E&Ps may fold and be acquired, making the industry more poised to ride the economic recovery in the coming years. Consolidation and a gradual transition will also allow E&Ps to be better equipped to make the shift from oil to natural gas drilling.

The overall investor sentiment for E&P companies is positive, as can be seen in the Acuity Trading Dashboard. 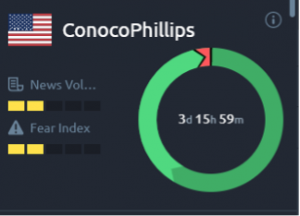 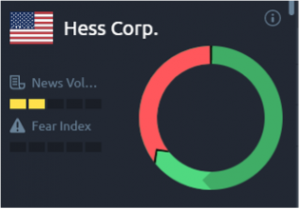 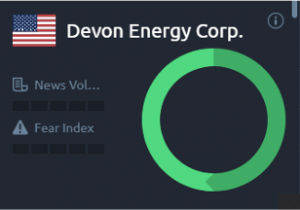 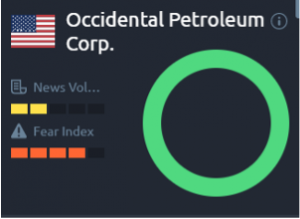 An interesting side note before we conclude; the share prices of E&P giants for which investors have deeper concern have not tracked sentiment as closely as other stocks. Their share prices have risen despite the more negative sentiment. 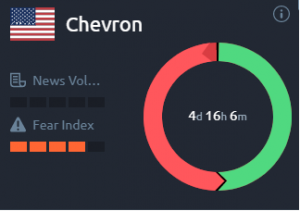 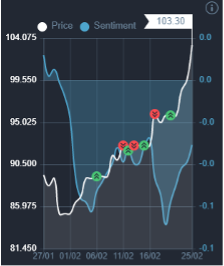 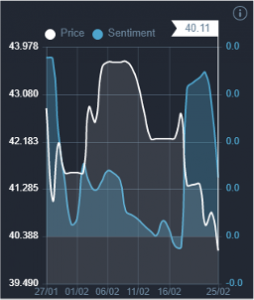 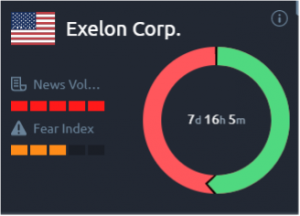 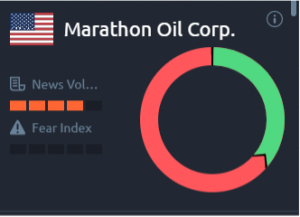 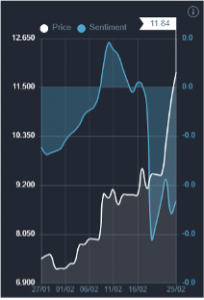