Here’s Why the Commodities Super Cycle Will Continue in 2022

The commodity markets were optimistic heading into 2022. Through 2021, demand continued to return globally, after the pandemic lull. Supported by vaccines and record levels of fiscal and monetary support, the world’s major economies began bouncing back. Both consumer behaviour and producers had adapted to the pandemic reality, so that pandemic shocks were no longer able to overly impact demand. Despite Omicron causing some restrictions at year end, commodity demand kept rising and manufacturing in Asia and Europe continued to grow.

This resilience in demand triggered a rally in commodities in 2021. WTI crude added more than 50% and the commodity benchmark S&P GCSI Index climbed over 37.10%, outperforming all other non-crypto asset classes, including real estate (DJEI +35.10%) and equities (S&P 500 +26.90%, Russel 2000 +13.70%). What are the structural reasons behind the surge in commodity prices? Are they likely to be unscathed through 2022, supporting the current super-cycle and helping the asset class outperform the broader market?

Monetary and fiscal policymakers globally have been incredibly accommodative during the pandemic. The main objective was to keep demand stimulated. Central banks injected record money supply into the markets through 2020 and 2021. US M2 money supply has risen by over 40% in two years. This acted as a major tailwind in the broader commodity market, while dampening low-risk investments such as government Treasuries and Bonds.

Come 2022 and the stance of central banks has changed. With inflation maintaining an upward trajectory, the Federal Reserve began looking to tighten their asset purchases and raise interest rates. The dampening effect of such decisions can take the wind out of the sails for commodity prices through the year. On the other hand, policymakers will need to move cautiously, so that credit availability is not hampered. Here’s a look at the 2022 outlook for the most popularly traded commodities.

Oil prices are at the core of the super-cycle conversation, as they spill over as the input cost of extraction, movement, and utilisation of other commodities. The Joint Technical Committee (JTC) of the OPEC+ projects a small surplus in oil production this year. However, the cartel has not altered its plan to gradually take production back to the pre-pandemic levels. It has already reintroduced 6.4 million barrels per day (bpd) of the 9.7 million bpd clawed back in 2020. ING analysts expect the increased supply to provide a cap to oil prices this year.

However, that doesn’t complete the picture. Oil producers are far from being daunted by reports of demand being marginally lower than production. The JTC estimates that stockpiles in the advanced economies are 85 million barrels below their 2015-2019 average.

Moreover, there are serious doubts about the ability of the OPEC+ members to meet their production targets. After all, they fell 40% short of the December production target. Amrita Sen, chief oil analyst at Energy Aspects, expects members to add only 130,000 bpd and 250,000 bpd in January and February, versus the target of 450,000 bpd. No doubt, some of these shortfalls are related to force majeure events in Libya and Nigeria. But what’s more worrying is the difficulty faced by Russia, the group’s second-largest producer. Notwithstanding the country’s pre-pandemic comments of “out pumping” Saudi Arabia, Russia was unable to ramp production in December, delivering only about half its permitted increase. The shortfall resulted from a lack of spare capacity in oil pumps globally. In an industry plagued by underinvestment and production stickiness, only UAE and Saudi Arabia can pump out more barrels than they did in January 2020. Despite urges from the White House, the US shale industry’s production stickiness has also dampened expectations of rapid supply growth.

Bloomberg projects the spare capacity of OPEC+ to fall to 2.3 million bpd by summer, which is the lowest since 2018. And, oil demand typically peaks in summer, led by vacation driving and the use of air conditioners globally. Goldman Sachs has a more conservative estimate of 1.2 million bpd, representing about 2% of the world oil market, which is eerily similar to the situation in 2008, when comparable reserve percentages drove oil prices to $147.

Meanwhile, demand has continued to expand, despite the virus strains. The International Energy Agency expects demand to rise by 3.3 million bpd in 2022 and match the record levels of demand (99.5 million bpd) in 2019. So, while demand returns to pre-pandemic levels, supply lags. This combination is primed to propel oil prices into the triple digits, at least up to a point where demand begins to erode. This is reflected in the longer-term contracts in the futures market as well as in the overly positive market sentiment as seen on the Acuity Trading Dashboard. 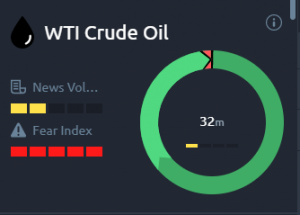 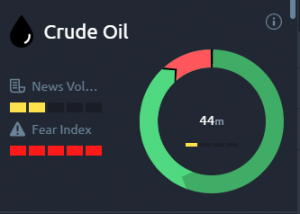 Metals and the Green Transition

Much like oil, the market for base metals remains tight. The higher prices for spot delivery than for futures contracts signals high demand as production returns. The supply shortages that characterised the metals and mining industry in 2021 is likely to continue through 2022. Logistic bottlenecks and container shortages could also weigh on supply, propping up prices.

The trends in decarbonisation and the transition to green economies are likely to propel the metals required to construct the necessary infrastructure and products. Demand for metals is critical to the green transition, which could support elevated prices during the year. While the structural supply deficit has kept market sentiment high for nickel, palladium’s key role in environmental and sustainability initiatives has supported sentiment for this metal. 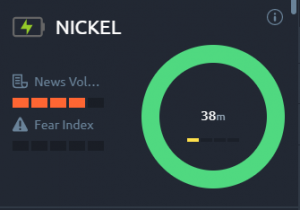 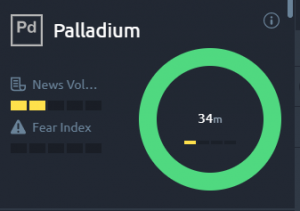 Although returning supply and a debt crisis in Chinese property investment stymied price hikes in iron ore, the planned infrastructure stimuli in China, the US, and Europe could lend support in 2022.

Global food prices rose to decade highs in 2021 and are expected to remain buoyant in 2022. Rising energy costs have led to rising prices of energy-hungry inputs, like fertilizers and construction metals. Meanwhile, logistic bottlenecks and shortages in container and labour continue to prop up the prices of agricultural products.

In addition, the industry remains one of the most susceptible to climate disasters, which impacted 2021 yields. Wheat, a staple globally, traded at multi year highs due to weather events slashing output. Meanwhile, sugar and coffee yields fell due to frost in Brazil. 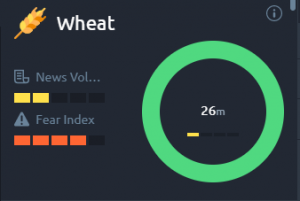 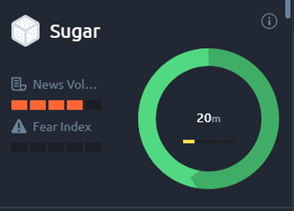 Further production losses from climate change and resulting adverse events will help lift prices. If we’ve learned anything from the pandemic, it’s the importance of stockpiling food items. With consumers and organisations stocking food supplies, any increase in production is likely to be absorbed quickly, eliminating the dampening impact on prices.

There is a considerable upside to commodity prices in 2022. We expect the super-cycle in commodities, especially in oil, to persist this year and over the longer term.

Here’s Why Gold is Unlikely to Breach $2,000 Anytime Soon

The Economic Impact of Achieving Net Zero by 2050

Here’s Why Gold is Unlikely to Breach $2,000 Anytime Soon

The Economic Impact of Achieving Net Zero by 2050