Has the Market Priced in a Biden Win? Who Benefits the Most?

If there’s anything certain about the US Presidential elections, it’s that markets will have a kneejerk response to whoever crosses the finishing line into the White House next week. After all, the elections are likely to be far from orderly, and Trump will be vocal about his unfounded accusation of election fraud in case Biden wins.

On October 22, the last Trump-Biden debate before the Presidential elections was held. With a record 47 million already having cast ballots by then, it seems like America has already chosen their next President.

So far, Donald Trump has been trailing Joe Biden in the national polls, according to Acuity’s US Elections widget. 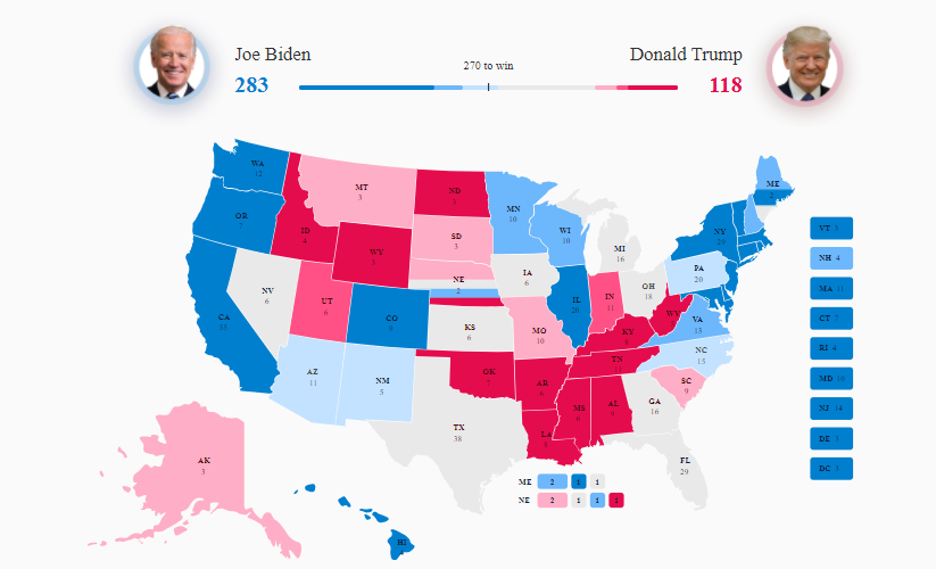 The media also seems to be predicting a Biden win. Despite this setback, Trump continues to have the lion’s share of media attention, with a 71% share of voice. 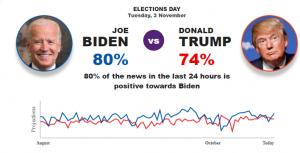 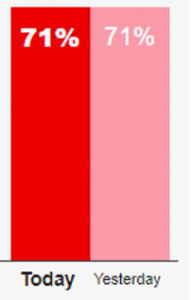 What about investors? Have they already priced in a Biden win? Investors seemed confident when Biden won 12 of the 15 Democratic primary contests on Super Tuesday, sending both the Dow and the S&P 500 spiking more than 4%.

However, now with the US elections drawing closer, risk-off sentiment dominates the market. Concerns around the elections are reflected in the Acuity Trading Dashboard, with hugely negative sentiment for the S&P 500 index. 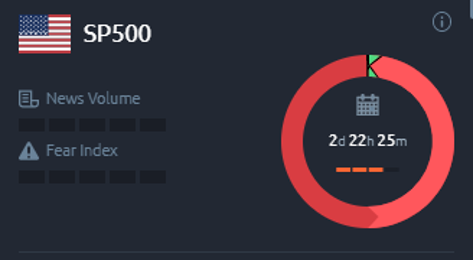 Despite this, market reaction has been uncannily muted over the past week, as though investors have collaboratively decided to take a “wait and watch” approach. Is the collective consciousness at play? Maybe, as investors are well aware of how volatile markets can get in the face of uncertainty.

The negative sentiment is not limited to the US elections. Investors are also desperate to see the end of the stalemate around the new covid-19 relief package. The rising coronavirus cases in the US and various parts of Europe doesn’t help the matter.

But there’s something worse than the uncertainty around who will win the 2020 Presidential elections. It’s the fear of the unknown. Here’s the thing. Trump’s behaviour might be seen as erratic (we’ve witnessed how a single tweet from him can move global markets), and this may sound like an oxymoron, but at least investors know what to expect from his unpredictability! What they don’t know yet is what to expect from Biden as President.

The first to bear the onslaught of a Biden win could be the technology behemoths. These are the stocks that have carried Wall Street this year, seeing markets roar back to life amid the pandemic. Rising tax rates under a Biden administration could come as a severe blow to these companies, shaving off their earnings in an already tough year. 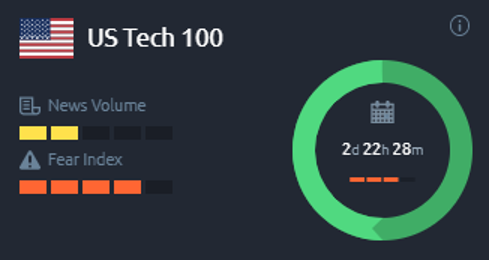 Despite the significant downside risk, their stock prices remain elevated. And sentiment for the tech giants continues to be overwhelmingly positive, as reflected in the Acuity Trading Dashboard. But look at how high the fear index is!

One explanation of positivity amid fear could be the hope of these companies declaring onetime dividends, returning cash to shareholders before the higher tax rate is levied. Once this happens, there could be rampant profit-taking among tech investors.

So, who will be the main beneficiaries of a Democratic sweep? The heavily regulated sectors come to mind – utilities, pharma, and staples. The more cyclical industries may also benefit, including automakers, financial services, and maybe even real estate. Infrastructure and clean energy stocks may also receive a fillip from a Biden victory.

Many experts believe a Biden win will put an end to the US-China trade war. Well, tensions may ease to some extent, with Biden adopting a more tactical approach. But tensions between the world’s two largest economies is part of the “new normal” too! US companies with high exposure to China may continue to feel the heat. In fact, although China is recovering faster than other countries (with its economy recording not just growth but accelerating growth!), we’d be weary of US-listed China stocks.

Speaking of China, the yuan has certainly priced in a Biden victory! Meanwhile, the US dollar has declined again its major rivals and could continue to be under pressure. That’s probably because the US government will be more likely to announce its stimulus package after the hullabaloo over the elections comes to an end.