The eurozone came of age earlier this year. But is there enough reason to celebrate this union turning 21 years old?

The Eurozone debt crisis rocked the region less than a decade ago and
now the coronavirus crisis has caused widespread disruption to economic activity. Nonetheless,
the European Union has not merely survived, but has gained strength. Although it’s difficult to
perceive this right now, but the pandemic came with a silver lining for the euro area. That’s the
reason the euro has edged steadily higher throughout this year.

The euro has spiked despite the looming impact on businesses of a no deal Brexit. Even though talks are being extended, there seems little hope of the UK and EU meeting in the middle on some critical issues. A no deal Brexit could cost the EU as much as €33 billion, hitting Germany, France, and the Netherlands the hardest, according to economists at Allianz. A disorderly split could mean 700,000+ job losses among EU businesses exporting to Britain, say projections issued by the Halle Institute for Economic Research. 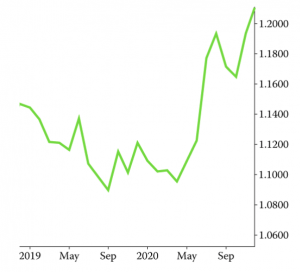 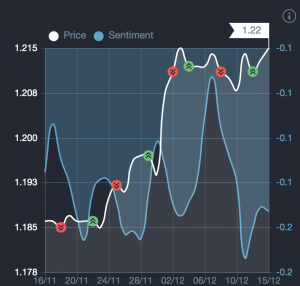 Despite this, the sentiment for the unified currency remains largely positive, as can be seen from the Acuity Trading Dashboard. The euro’s advance is more than just price. It has risen to the status of a safe-haven currency. This is remarkable given that not very long ago experts were debating about the euro crisis. Now forums, dedicated to trading, have numerous threads discussing why the euro has recently been so strong and why some economists expect it to continue rising even in 2021. So, we decided to share our two cents and try to answer this. 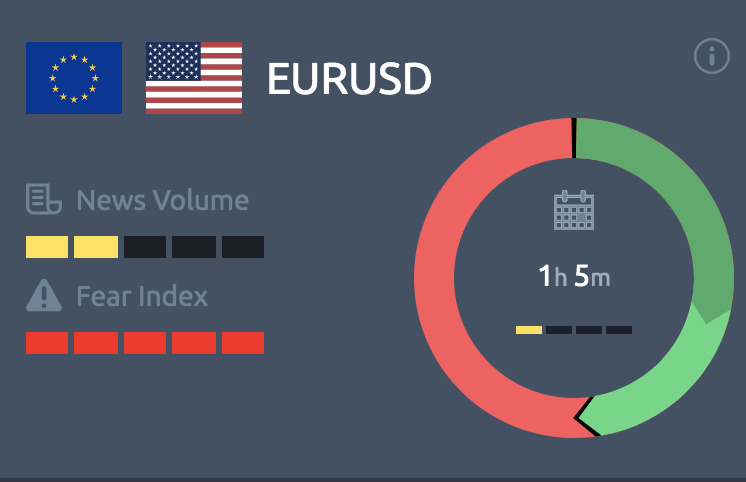 The eurozone has seen it all. A severe financial crisis in 2008-2009 followed by a double-dip recession in 2011-2013. Post the financial crisis, why did other major countries like the US achieve higher economic development than the EU? The answer lies in fiscal unity. Unlike other major economies, the EU was rife with discord and strained diplomatic relations. The less industrialised Southern countries were hit hardest by the financial crisis. The more progressive Northern EU countries, most notably Germany, vehemently opposed financial support to bail out the Southern nations. Despite its healthy exports and current account surplus, Germany was not inclined in the least to share the burden of the worst performing nations, like Italy and Greece. 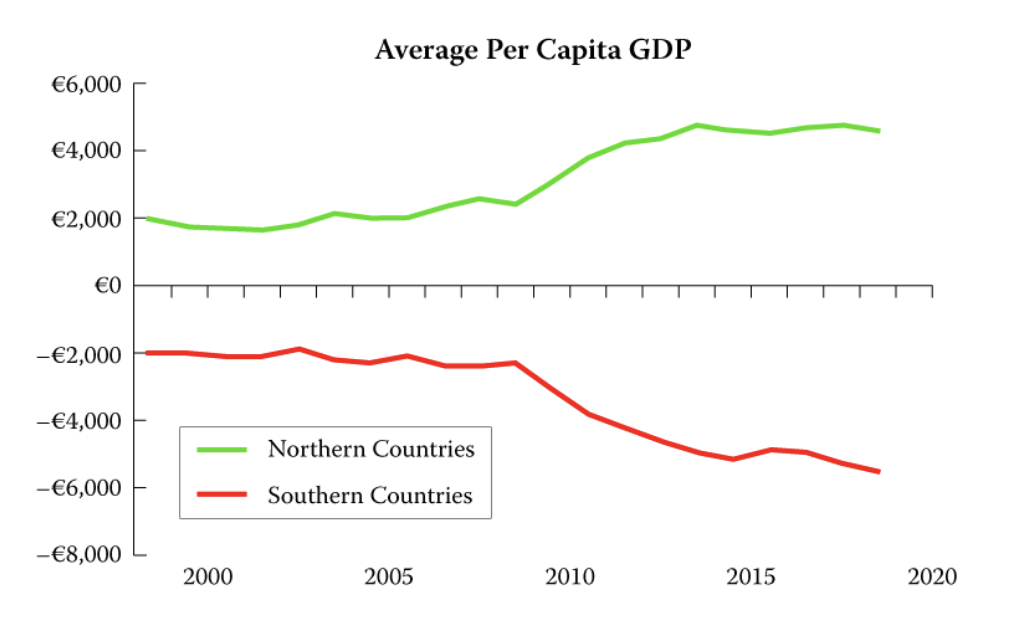 Despite its healthy exports and current account surplus, Germany was not inclined in the least to share the burden of the worst performing nations, like Italy and Greece.

Then came the pandemic, further battering an already fracturing economy. The threat of economic calamity spurred solidarity. Germany relinquished its stance of opposing burden sharing and vouched for fiscal unity. Leaders of the EU powerhouses – German Chancellor Angela Merkel and French President Emmanuel Macron – came together in May to propose creating a one-off €500 billion recovery fund. The Macron-Merkel plan proposed financing the fund with shared EU borrowing and disbursals in the form of grants.

The Macron-Merkel plan was later restructured and named “Next Generation EU.” Unveiled in July, Next Generation EU expanded the package to €750 billion. Under this agreement, the European Commission will raise money in capital markets and sanction €390 billion as grants and €360 billion as loans to countries like Italy and Spain, which were the most severely affected by the pandemic. The European Commission’s borrowings will be repaid through the joint EU budget, thereby becoming the collective financial responsibility of all EU members, although the funds will be used mainly by the Southern nations.

The existing debt of individual nations will not be included in the fiscal union being formed. Nonetheless, this marks a giant step towards fiscal unity among EU members. What’s even more promising is that the initiative for increased economic unity was spearheaded by Germany, a country that had long resisted this approach to borrowing.

The Next Generation EU, together with the EU’s budget for 2021-2027, totals a fund of €1.85 trillion, making it the largest stimulus package for the region. Moreover, the recovery plan is not merely for short-term damage control. Rather, it is an investment for the EU’s long-term future.

Bright Prospects for the Euro

Investors welcomed the move towards fiscal unity, sending the euro sharply higher. The euro advanced more than 5% in July as the Next Generation EU plan grabbed headlines, making it the biggest monthly gain by the common currency in a decade. 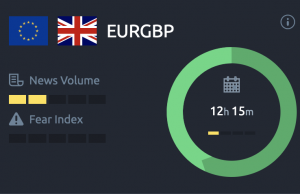 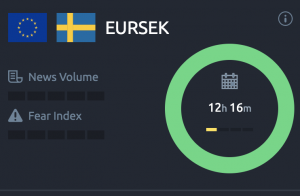 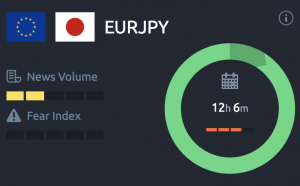 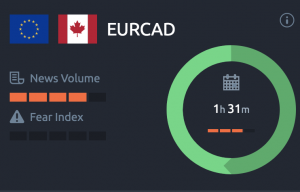 The euro is likely to find support, as the recovery fund resurrects economies in the wake of the pandemic. The common currency stands to benefit even more from the deeper integration of economies in the EU, as fiscal unity fosters cohesion among the economies of member countries.

Germany relinquishing its so far orthodox budgetary stance set the backdrop for a common eurozone budget. ECB President Christine Lagarde recently emphasised that the recovery fund should be spent with the aim of accelerating longer-term growth. The longer-term vision will continue to drive the euro sentiment.

Johannes Hahn, EU’s Commissioner for Budget and Administration, summed it up well when he said, “Our common budget is at the heart of Europe’s recovery plan. The additional firepower of Next Generation EU and the reinforced multiannual financial framework will give us the power of solidarity to support Member States and the economy. Together, Europe will arise more competitive, resilient and sovereign.”

These developments have paved the way for strengthening the EU and, in turn, the euro. At the least, the move towards an extended balance sheet silences experts who had been predicting a breakup of the European Union.