In 2018 Acuity Trading pledged its support to CR Hope Foundation, a charity committed to fighting poverty and providing education and sporting opportunities for children and young people in Tanzania and Zanzibar. We’re delighted to receive the news that CR Hope Foundation has expanded its charitable reach to a new project in Kilifi County, Kenya. Read more . . .

Last month, a volunteer team from CR Hope foundation visited a small village north of Mombasa in Kenya to learn how a community there is producing bio-charcoal (also known as biochar) as a clean energy alternative to wood burning. It was the first step in the BioSmart initiative, a partnership between CR Hope Foundation and Exeter University, which aims to empower communities to produce clean energy alongside business development opportunities. 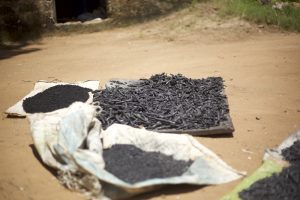 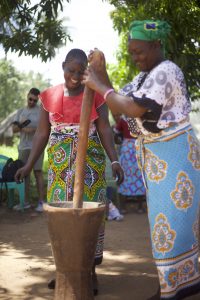 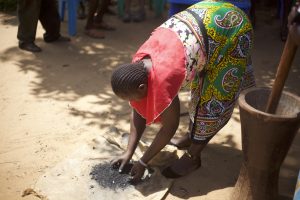 What is the BioSmart Initiative?

The BioSmart Initiative was started by engineering students at the University of Exeter in 2017. They wanted to use agricultural waste in a sustainable manner and recognised the practical application it could bear. From there, they designed a furnace that carbonised agricultural waste when burnt, creating biochar which was known to be a fuel and a soil improver. Afterwards, students found project partners linked to farming where they could utilize this technology to the greatest effect. At this point they came across the Friends of Kadzinuni in Kenya, where fuel poverty and irregular harvests were a major issue. The group introduced BioSmart to a local farming school and the initiative delivered the instructions on how to assemble the furnace and passed on the importance of biochar and briquettes as a potential primary solution to Kadzinuni’s problems.

The project has since gone from strength to strength. In 2019, BioSmart and CR Hope foundation raised funds to visit the village, conduct social research, deliver business workshops and set up a biofuel business “The Kadzinuni Biochar Group”.

“Through our partnership we’re aiming to achieve transformational results for the communities where we are running the initiative. By working together we can achieve our goals to generate empowerment, employment and economic growth through the use of biochar.” 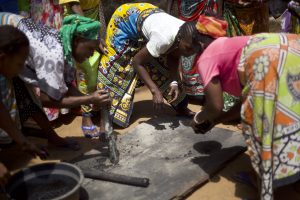 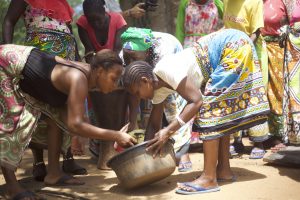 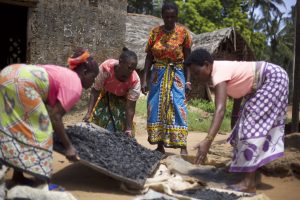 Why has CR Hope Foundation teamed up with the BioSmart initiative?

BioSmart creates furnaces that transform agricultural waste into biochar, which is a sustainable form of energy and a cleaner alternative to charcoal that reduces CO2 emissions and prevents deforestation.

Renos Fountoulakis, CEO CR Hope Foundation established the partnership to reflect the mutual values held by each organisation. Empowering people with the right training to give them sustainable and green livelihoods is tremendously important.

“We gathered together a team of dedicated volunteers and set them out to run a two-day worskshop biochar production and usage in Kadzinuni. And thus, our journey really began.”

Nearly a year on and the lives of the local women involved in the project are beginning to change. Not only is the production of bio-charcoal helping their community to transition to greener sources of fuel but it is also starting to generate a viable income stream for the women and their families. 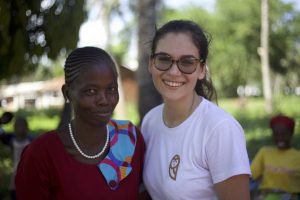 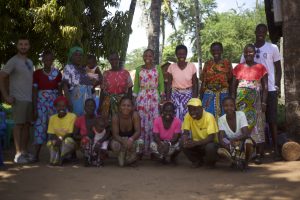 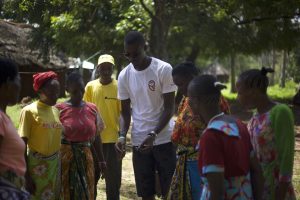 Two-day workshop: how is biochar produced?

“They explained the labour and skill that goes into the making of biochar. After two days of trying the process firsthand, we can confirm that it is not a task for the faint-of-heart!”

The process begins with gathering agricultural waste, such as coconut shells, commonly found in abundance in the coastal regions of Kenya. After the waste is gathered and brought back to the village, it is put into a double-barreled furnace where it goes through the process of pyrolysis with little or no access to oxygen. The remains of the carbonized waste are then beaten and crushed into fine powder. This is then mixed with the cassava porridge and clay paste to produce a raw form of the future biochar. This mixture is then formed into briquettes, which are placed under the sun to dry out for two days. After this period has lapsed, the briquettes are ready to use as an alternative green energy source to wood. Biochar releases 50% less greenhouse gasses than conventional charcoal burning.

Although the process is straightforward, it involves extensive manual labour to yield commercially viable amounts of biochar. This is where CR Hope Foundation is focusing their efforts.

What does the future look like for biochar in Kadzinuni?

CR Hope Foundation is fundraising to purchase machinery and train the women involved with the project in its usage to relieve the physical burden involved in the production process. By industrialising the method in which biochar is produced it will also improve production efficiency allowing the local community, in time, to expand their business and begin selling biochar further afield.

Is biochar really worth it?

Not only does biochar have a clear advantage over the conventional sources of energy when it comes to the environmental impact, it also provides an unprecedented opportunity for local women to earn supplemental incomes. In the first eight months of the project’s operationoperating, the women involved have been able to generate an income, enabling them to purchase better clothing, pay children’s school fees and save money. Importantly, they continue to develop their business skills, network with neighbouring communities and set an example for the next generation of females – an outcome that cannot be overestimated.

Find out more about meeting your CSR objectives by becoming involved with CR Hope Foundation by emailing: info@crhopefoundation.org.

Acuity is privileged to support CR Hope Foundation’s inspirational team of international volunteers and to play a small part in the changes that CR Hope are making to lives through its in-country projects.