Throughout this year China may have become synonymous with coronavirus, but that’s not one of the three “Cs” we’re talking about today. Amid the pandemic-related chatter, the most underreported big news was China repositioning itself in the global economy. So, here is the troika of developments taking place in China.

The first “c” is consumption. So far, China had been a manufacturing powerhouse. The ubiquity of “Made in China” products across the world is unparalleled. So, why are we talking about the world’s biggest factory evolving into possibly the world’s largest consumer?

Consumption is key to the health of an economy. In fact, consumption is the single most important trigger for all economic activities. If the pandemic has taught us anything, it’s the importance of consumption. Remember the US government handing out checks of $1,200 to all American adults? That was to lift consumption, with the hope of triggering demand for goods and services, which would in turn drive production.

The coronavirus shock was swift and severe, many of the same adjectives we’d use to describe China’s response to the outbreak. While the world’s most influential economies grappled with the deepest recession since World War II, China didn’t just recover, its economy expanded. While the global economy is expected to contract 5.2% in 2020, China’s GDP is expected to grow 5.8% in the fourth quarter, enabling the country to end the year with 2.1% growth.

China has already overtaken the US as the world’s largest economy, according to IMF’s World Economic Output 2020 report released in October. Economist at UBS Securities project China’s economic growth to rebound to 7.5% in 2021, driven by consumption and exports. Bank of America economists said in a recent note that the country’s GDP is likely to double by 2035, with the domestic market being the mainstay.

Against this backdrop, investor sentiment for Chinese stocks has been overwhelmingly positive, as can be seen on the Acuity Trading Dashboard. 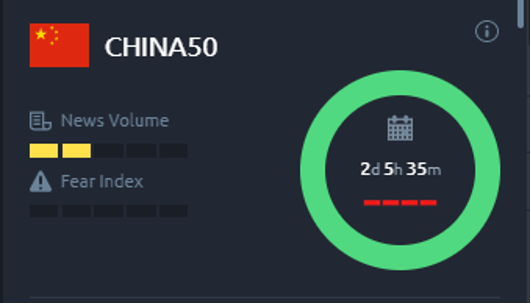 Investor sentiment for Chinese stocks has been overwhelmingly positive, as can be seen on the Acuity Trading Dashboard.

The spiralling of China’s consumption did not happen by fluke. The Chinese government made it a priority and took strategic steps to increase consumption and boost internal circulation, not just to solve near-term virus-related impacts, but also to secure economic growth in the longer term.

Capitalising on an Opportunity

The next “c” is capital markets. While the world wasn’t looking, Shanghai emerged as an international financial hub. Since there’s an index for everything now, let’s look at the Global Financial Centres Index, published in September by UK thinktank Z/Yen Group and research firm China Development Institution, which showed that Shanghai had displaced Tokyo for the third position in the list of the world’s strongest financial centres, behind only New York and London.

This, too, didn’t appear out of thin air. It took some unprecedented moves by the Chinese government to open up the country’s capital markets. While the media was flooded by the US-China tensions, top Wall Street financial institutions made investments here. Take for instance JPMorgan, which has agreed to pay a whopping $1 billion for full ownership of its Chinese mutual fund subsidiary. This followed rival Morgan Stanley’s decision to take a majority stake in its China securities joint venture. Europe had already started investing here, with companies like the French insurer AXA acquiring full control of its Chinese subsidiary AXA Tianping. This came amid a flurry of foreign investments into China, among the most prominent being Volkswagen’s stake in Guoxuan High-Tech for $1.2 billion and the acquisition of Anhui Jianghuai Automotive for $1.1 billion as well as Pepsi’s purchase of snack brand Be & Cheery for around $700 million.

China always wanted Shanghai to become a global financial hub. Its journey was accelerated by Washington’s moves to tighten China’s access to the US capital markets and threats to kick Chinese companies off US stock markets.

Despite China making its way to the forefront of the global economic power structure, there is one thing that has investors concerned. The next “c” that impacts China is the Communist Party. To understand the implications, let’s look at the IPO saga of Ant Group, a spinoff from ecommerce giant Alibaba and having billionaire businessman Jack Ma as its largest shareholder. At an estimated $34.4 billion, Ant’s IPO would have been the world’s largest share sale, handsomely surpassing Saudi Aramco’s record IPO of $29.4 billion in December 2019.

In early November, regulators pulled the plug on Ant’s stock debut in Shanghai and Hong Kong. By doing so, the Communist Party conveyed in no uncertain terms that it was not intimidated by any private company or business tycoon. China had never really cared how its actions are viewed by other countries. Now, even more so, given its increasingly inward focus. Corporates just need to learn the rules of the game in China.

Despite the tragic fate of its IPO, Ant Group is a case in point. The company chose to IPO in China, rather than New York, which has so far been the preferred listing destination for Chinese tech firms. Chinese firms have abandoned US markets at a fast pace this year, amid intensified scrutiny. Such trends will continue to support China’s stock market, which is already the world’s second largest by market capitalisation. Sentiment for CSI 300, which replicates the performance of the top 300 stocks on the Shanghai and Shenzhen stock exchanges, is also hugely positive, according to the Acuity Trading Dashboard. 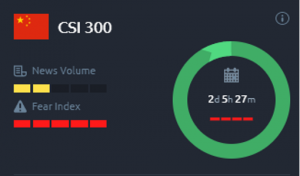 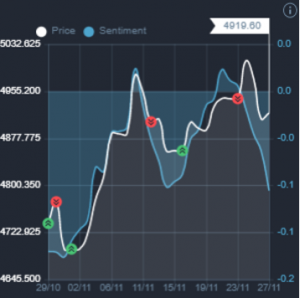 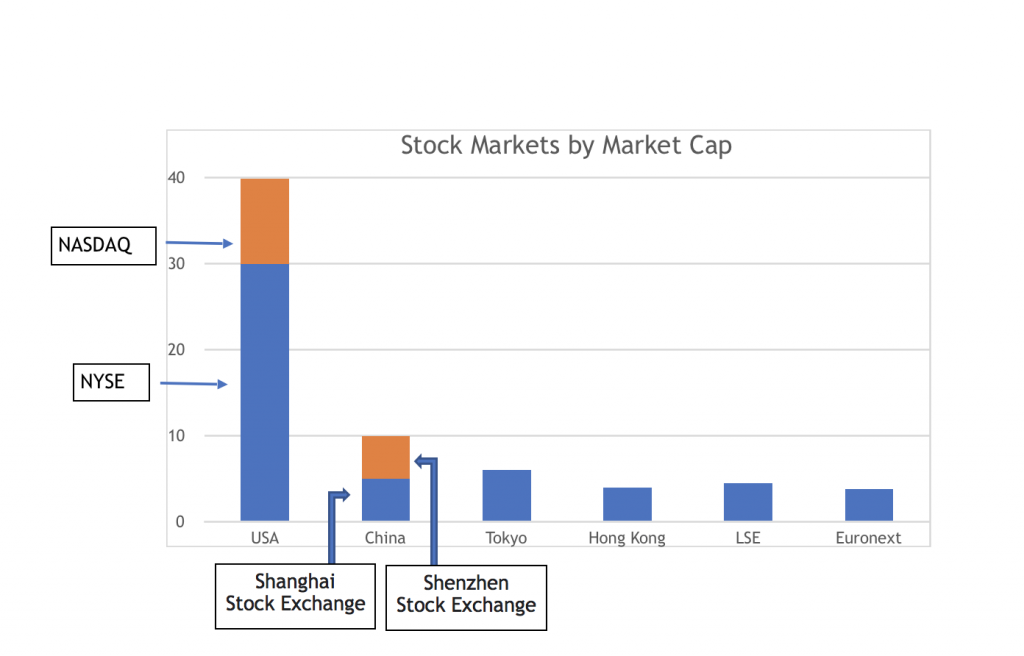 China cannot be ignored. Once the world emerges from the pandemic, China will again be its growth driver.

All said and done, China cannot be ignored. Once the world emerges from the pandemic, China will again be its growth driver. The good news is that the Asian nation is using fiscal stimulus rather than printing money to get its economy back to pre-pandemic levels.